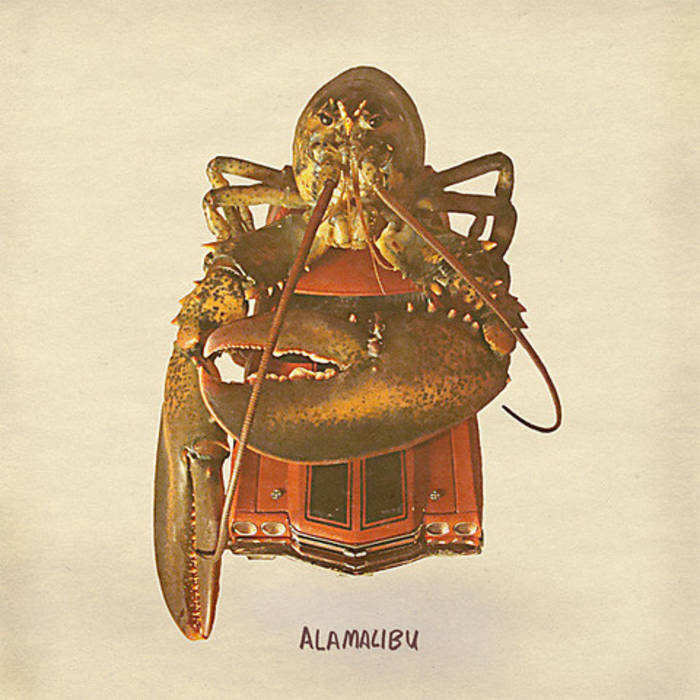 Through the Sparks brand of “basement-baroque, mid-fi” psychedelia is one based in American roots music. After forming in 2003, the Birmingham, Alabama quintet released two EPs, Coin Toss in 2005 and AudioIotas in 2006, before turning in an LP in 2007. Pitchfork media called Lazarus Beach “a sophisticated sprawl of sound and songs, with elements of power pop, 70s singer/songwriter, prog, indie guitar rock, and even some smooth southern soul.” The album, which the band recorded in its basement studio, went on to become Barnes and Noble’s highest selling “rock” record for a few days, due to critical praise. They played as many shows as they could, including several appearances over the past three years at CMJ and SXSW.

Now… Through the Sparks lets loose its sixth release, “Alamalibu,” June 19, 2012 on Skybucket Records.
Approaching a decade of endurance, the band recorded the EP after putting out a single every month for a year (collected on 2011’s Almanac MMX). They hit the studio hard with a collection of songs that hearkened back to the more lush production of the earlier days, while hitting the tape with a new-found vitality along with some well-harnessed, but full-blown, chops. An EP was due. The five songs here had worked their way into the live set and had taken over as a new “thing” for the band, directionally.

Five songs, and about 20 minutes in length, “Alamalibu” was named after the Sparks’ basement studio in Birmingham, Ala., where previous full-lengths “Worm Moon Waning” and “Lazarus Beach,” dozens of singles, and a couple of previous EPs were recorded. Both previous LPs received critical accolades, with nobody paying much heed to the fact that this is all homemade music, even if it sounds recorded in Spector-o-scope.

This is not apartment-laptop homemade. It’s a full band playing loud in an actual basement full of guitars, but with real pianos, organs and neighbors and family and the whole thing. Nothing new, until the complexities come through in this multi-layered baroque-blues bash of people who know how to play and write music together. The band wanted to capture all of this while the iron was hot, so to speak. This time, the recordings are self-contained, all the way down to the cover art, with the exception of one tambourine and one upright bass track, played by a couple friends who were in the studio that day.

The result is the most Alamalibu-sounding Through the Sparks release to date — a glimpse of the band hitting an untethered high, while remaining the same kind of Southern headf*ck that only a place like Birmingham can produce, musically, but especially in the lyrics.