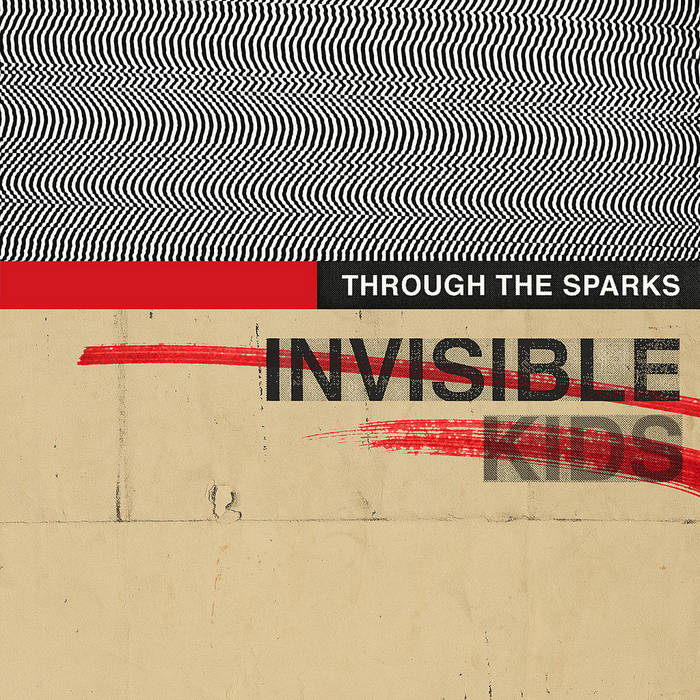 If any band has moved like a viper through Birmingham, Alabama’s sub(urban) streets it’s Through The Sparks.

For a decade Through The Sparks has been making what might be the most sophisticated pop that’s ever quietly escaped from The Magic City – a place that houses more amazing bands per capita than you’d care to expect. Still, Through The Sparks operates with a level of care, chops, and dark weirdness that would give pause to any of its more “cosmopolitan” peers. They’ve received favorable reviews from Pitchfork, they’ve done some touring, and they’ve played electrifying sets at South By Southwest and CMJ… Yet Through The Sparks is still a mystery to most. In a sense, they are Birmingham’s Big Star – though certainly less tragic and way more into Steely Dan.

What does remain tragic, though, is Through The Sparks remaining criminally unheard… Not that they seem to mind. They have the songs, they have the gear, and they have Alamalibu – the garage studio of Through The Sparks frontman, Jody Nelson, which was paid for thanks to a brief but profitable tenure spent in a Rolling Stones cover band. It’s perfect, really: Nestled hillside in a quiet Birmingham neighborhood, you’d never know that this was the province of an exceptional and prolific rock band with a lyrical worldview that both celebrates and critiques the seeming artificiality of our surroundings (A.K.A. “The fascist utopia of one’s choosing”) with a Lynchian smirk… Unless the garage door is left open. Then somebody leaves a note. To put it another way: Through The Sparks is a garage band, but their garage sounds like Abbey Road.

Before Through The Sparks begin a new album they clear the decks with some sort of collection. Audio Iotas preceded Lazarus Beach. Year of Beasts MMX – a collection of singles written, recorded, and released during each month of 2010 – was released in the interim between Worm Moon Waning and last year’s Alamalibu EP. Invisible Kids – the band’s aptly-named 6th release – restores the balance with a twist: Though the oldest song here dates back to 2007, the band considers Invisible Kids a true retrospective since it represents every line-up in Through The Sparks’ decade-long history. “No one ever leaves,” says Nelson. “They become Members Emeritus.”

From the song selection to the mixing and mastering (all of which was done at Alamalibu), members past and present participated in Invisible Kids’ completion. Anyone who’s ever had the good fortune of hanging out at Alamalibu knows that Through The Sparks seem to have (at least) half-an-album’s worth of material lingering in the garage at any one time -- so it’s a testament to the band’s good taste that it was able to pare Invisible Kids down to a mere eleven songs and make it flow like a proper album rather than an odds n’ sods compilation. Most of the material was recorded at Alamalibu (itself a member of the group), but Invisible Kids also includes live cuts taken from Birmingham’s now-legendary Bottletree Café and a previously-unreleased live session from Birmingham recording studio, 2734 Central (home to recent albums from the likes of Wooden Wand, Maria Taylor, and Delicate Cutters).

Among the highlights is a lovely cover of The Rolling Stones’ “Ruby Tuesday,” a live rendition of Lazarus Beach’s “Action Figure Graveyard Pts. 1 and 2” resplendent with a large horn section, and a fuzzed-out take on Alamalabu’s “Warring Arms.” That said, Invisible Kids’ biggest (and most revealing) surprise comes in the form of “Rome” – a frenetic slice of LCD-Soundsystem-meets-Huey-Lewis-and-The-News Kraut-skronk that band decided to write and record in one night rather than go out of town and play a gig. True story: They called the club, said that bassist Greg Slamen’s wife was about to have a baby (not entirely untrue), bought a 12-pack, and went back to Alamalibu to do what they do best.

Now that Invisible Kids has wiped Through The Sparks' proverbial slate clean, one can only hope that something new will be coming from the garage sooner than later. In the meantime, adjust your focus and discover what you’ve (likely) been missing.

Through The Sparks shall forever be:

All tracks produced by Through the Sparks, except: