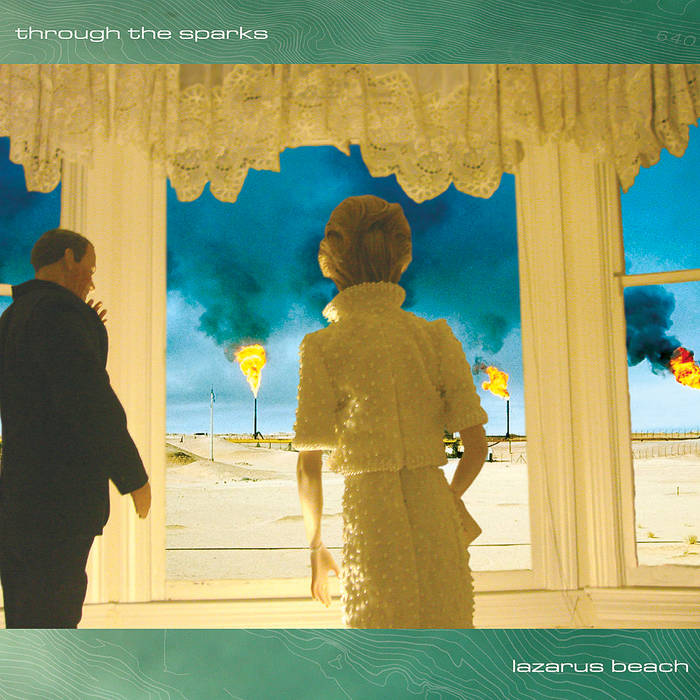 "The album opens strong with "L. Roi", on which Jody Nelson sings about a friend who committed suicide. As a deceptively chirpy six-note melody gently nudges the song along, Nelson sounds like he's struggling to maintain his composure, and just when it sounds like he might lose it, a saxophone comes in from nowhere, offers a few kind words, then ushers the song to its gentle finale, where Stax horns offer comfort. "L. Roi" derives its power from its subdued performance-- no "Black Parade" hysterics-- and serves as a fine introduction to the band." - PITCHFORK

Through the Sparks’ release, “Lazarus Beach” was their first official full-length recording for Skybucket Records. The collection includes the cream of a twenty-plus song crop, recorded at the band’s Alamalibu Studios in the first half of 2006. While hosting several Birmingham guest musicians and utilizing the band’s multi-instrumental talents, it keeps Through the Sparks’ guitar-and piano-rock format at the forefront.

While there are still the noise and synth-laden marshes, horn and big-harmony choruses and crescendos loom over beds of ukulele, honky-tonk piano, funeral home organ and pedal steel. Of course, there’s still a copious amount of gleaming guitars and a few signature triplet beats.


PRODUCTION:
Produced, recorded and engineered by Through the Sparks at Alamalibu Studios, 2006

Mixed by Through the Sparks, Wes McDonald and Keelan Parrish

Premastering to tape by J.M. Cifone

Mastered by Jim DeMain at Yesmaster